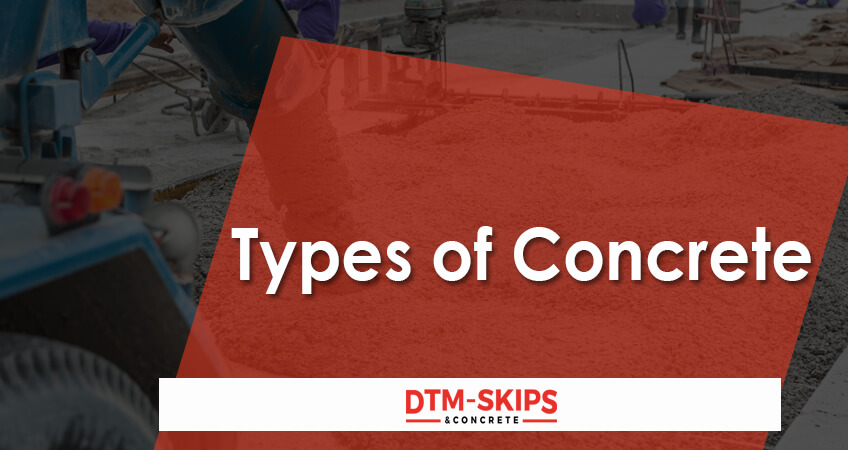 Concrete is a composite material that is composed of fine and coarse aggregate bonded together with a fluid cement that hardens over time. In building, an aggregate is a broad category of coarse to medium grained particulate material used in construction. These include crushed stone, sand, and gravel, to name a few.

Concrete can be used for a variety of purposes. Its purpose, however, must determine its structure. The structure entails the percentage composition of its components. More generally, however, they all include cement, water, and some mixture of sand and stone. Concrete, for instance, may be used for foundations, flooring, and walls, amongst others.

Concrete is in the class of one of the most durable building materials, mostly because it is fire resistant, and increases in strength over time. With these features, you can be sure of one thing: build your structure with concrete, and it’ll last a while.

Without further ado, let’s dive in real quick. Since structure determines function (or vice versa), what are the different types of concretes there are?

Commercial concrete can be generally defined as concrete used to enhance the structures of business infrastructure. These include industrial buildings, warehouses, restaurants, and laundry houses, amongst others.

This is probably the most common and versatile concrete type around. Its use ranges from purely commercial purposes to homely uses like foundations and garden patios.

It is used for:

There’s something called the 28-day myth. We believe this is a misnomer since it is not so much of a myth after all. It depicts the common belief amongst construction engineers, that it takes concrete 28 days to cure, and reach 100% of its strength. The C7 concrete obeys this myth.

C7 has very low cement content. In concrete mixing, cement content is proportional to the strength of the concrete. Hence, even after maxing out the 28 days, the power of this concrete is a meagre 7N.

This is another very versatile concrete mixture. It is used for construction, and general projects, just like the C7. The C10 concrete has low cement content too, though slightly higher than that of C7. It is for this reason that its strength reaches only a maximum 10N after 28 days.

It is used for:

This type of concrete is perfect when there is no embedded metal in the floor. It is used most especially for bare floor finishes. In essence, when you use this kind of concrete, you usually might not need materials like tiles, or terrazzo for floor finishing. They are smooth enough to serve this purpose.
At the end of 28 days, the maximum strength of C15 concrete is 15N.

The building is easy when the land is good. However, since land cannot be disposed of, building expenses may increase when the topography or other qualities of the area is not so favourable. The C20 concrete is mostly used where the ground is not too stable. It, therefore, serves to improve stability. Though it looks it, it doesn’t serve as an important support structure.

Though higher than the previously considered, the cement content of C20 is still quite low, reaching a maximum strength of 20N at the end of 28 days.

This concrete is designed to comply with compressive strength. You can guess that it contains a remarkably higher cement content than C20. Even at that, the C25 cement content is still considered medium by many engineers.
At the end of 28 days, it reaches a total strength of 25N

Its uses may include:

This concrete contains medium cement, like the C25. This denotes that it is in the middle class, with relatively higher strength. It is sometimes used interchangeably with the PAV1 concrete, which is used majorly for pavements. Its admixture protects the concrete mix in freezing temperatures.
At the end of 28 days, C30 reaches a maximum force of 30N.

The C35 has almost the same properties as the PAV2, hence the interchangeability of their names. It contains a higher cement content and is thus the strongest we have viewed. The C35 concrete is used when the strength is a factor of concrete application. Because of its high cement content, the C35 is essential for the pillars in a building. The PAV2 is majorly used for paving.

It allows an air entertainment admixture which helps protect the concrete surface during the cold weathers. This is necessary to prevent freezing of concrete, and ultimately avoid accidents that may consequentially occur.
At the end of 28 days, it reaches its maximum 35N.

Because of its strength, the C35 can be used for:

It has a higher cement content than C35 and is thus very strong. It is so strong that it is used in the construction of commercial roads, where heavy vehicles will regularly ply upon. When strength and support are vital to you, the C40 is the right choice.
It reaches 40N at the end of 28 days.

It has a very high cement inclusion. Of all concrete types, the C45 has the highest cement content. When strength is probably the only factor you’re considering, the C45 is best for you. After 28 days, it reaches its full force of a whopping 45N.

They are engineered to withstand heavy loads and uses. They do not usually require much finishing, and are deployed in ways similar to that of asphalt. They are famous for their environmental friendliness since there are fewer emissions generated when it is produced.

They are best used for the following:

These are concrete types that are most suitable for internal use. These include patio, side extensions, pavings, driveways, etc. they are of the following types.

This is one of the most commonly produced concrete types around. They are not made at the site they are needed. Instead, they are made at a plant and transported to the site in a traditional drum mixer. Their uses include:

Volumetric concrete involves the use of a volumetric mixer. Here, the concrete is prepared at the building site, where you can adjust the mix design to suit the application you need it for. All the concrete constituents are also present at the site. Hence, the site must be large enough. You prepare the mixture and transfer it into the mixer. It is a prevalent method.

It is best used at:

This type of concrete gives an automatic feel, as opposed to the age-old manual operation of those previously viewed. These concretes have special chemical additives that enhance a quicker flow rate. With a faster flow rate, the concrete levels off and compacts by itself, without the need for manual compaction. This concrete ensures that much ground is covered in limited time.

They are best used for:

This concrete type is the quickest to set. They are used for conditions that most either require immediate corrective action or just normal building processes.

They are useful in:

There could be more to concrete than solely serving as a tool for structure support in development. It could also double as a structure that improves the aesthetics of your building. For the pleasure of beauty, concrete can be enhanced to suit your taste. There is a whole range of colours and available textures through decorative concrete. This is achieved through the use of a variety of materials that may be applied during the pouring process, or after the concrete is cured (i.e. after it is set). This is achieved sometimes, by acid staining, concrete dyes, and decorative overlays, to name a few.

The significant uses of decorative concrete are:

Gen 1 has a fixed cement content, and is best suited for drainage works, and strip footing. It has a design strength with minimum cement content. It is thus highly domestic. It has the following uses:

For the floors that will be carpeted, GEN 2 concrete types are the best. The GEN 2 uses are very similar to those of GEN 1.

As we said earlier, structure determines function. There are a whole number of concrete types, and even where striking similarities exist, no two concrete types are the same. While there are more concretes, we have only touched on the most common ones.