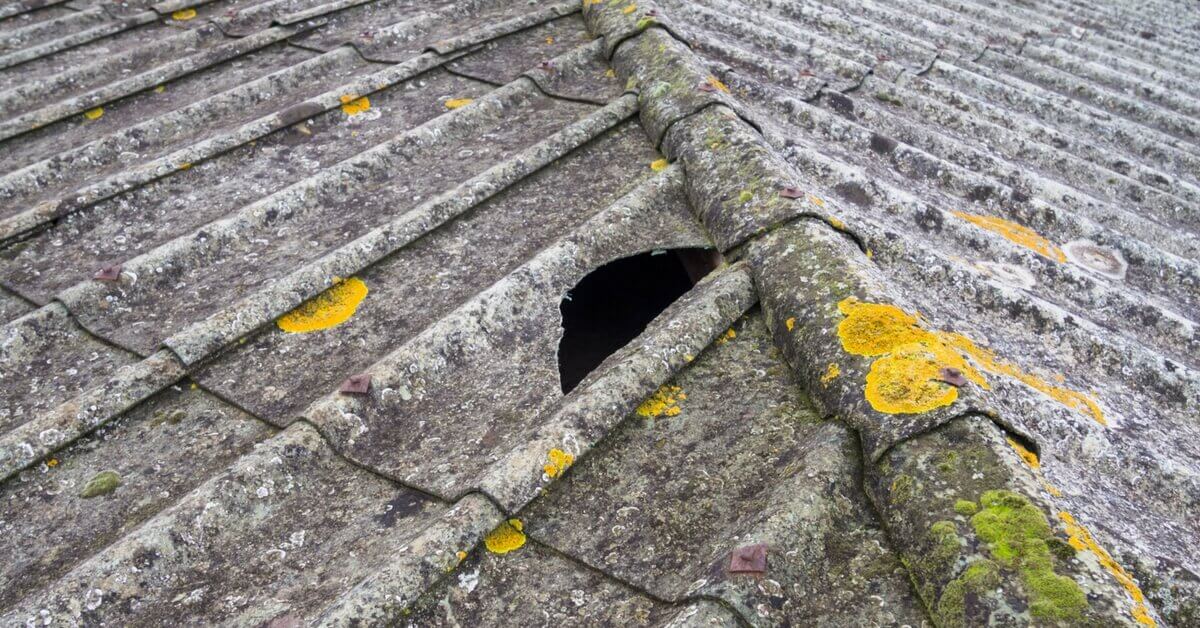 You’ve probably heard of asbestos and been told all the horror stories of the dangers of asbestos removal. But do you actually know what it is?

We are going to take you through a few simple ways to understand how to identify asbestos.

Let’s find out answers to the questions you have;

Here we go, just a little heads up, asbestos identification can be tricky.

It can be difficult to identify at just a glance, which is why lab tests are around to confirm any suspicions.

Therefore, if you do suspect to have found any resemblances of Asbestos, get it looked at by a professional.

Asbestos removal prices can range depending on th amount of asbestosis fibres.

This is just one reason why you should call in an expert in the subject.

Even breathing in Asbestos once can be harmful, especially for any young children or elderly people.

What happens when you inhale Asbestos and what are some Asbestos exposure signs?

If a large amount of Asbestos is inhaled, or digested it could lead to Mesothelioma Asbestosis.

Although unlikely, it does give yet another significant reason to bring in help from an Asbestos Removal Agency.

The Question Remains, What Is It & What Does Asbestos Look Like

Asbestos is a naturally occurring fibre mineral that used to get mined from the Earth.

In modern day use, the Asbestos uses refers to the minerals that were generally used for building materials.

Unfortunately, Asbestos is extremely hard to identify by the eye.

It was used in many buildings and for many things.

The best way to try and identify Asbestos, is to go to the Asbestos image gallery on the Health and Safety Executive website.

When Was Asbestos Found To Be Dangerous?

Luckily, we realised that Asbestos is quite dangerous, toxic even.

Many doctors in Germany were claiming that is was causing cancer in the 1930’s.

But it wasn’t until 30 years later that we began to realise it was causing a disease called Mesothelioma Asbestos exposure.

Where Can You Find Asbestos

Rather ironically,it was named the “magic mineral” due to it’s resistance to high temperatures, chemical corrosion and electricity.

Not surprisingly, we used Asbestos in many houses and at construction sites.

Which now has caused many more issues, when it was supposed to be a diversely used mineral that helped with things like insulating houses.

Why Is Asbestos Dangerous?

Sadly, it has done more damage than good!

It was eventually found that the effects of asbestos on human health could be potentially fatal.

No wonder we now have an Asbestos Legislation put in place.

It can cause all sorts of health issues. For instance, Asbestosis is a condition that affects the tissue of the lungs.

The Six Different Variationss of Asbestos

The Six Different Variationss of Asbestos

It is hard to identify Asbestos, so call in a professional and be careful. Also, do not touch, or inhale any suspected Asbestos.

Comment below if you have any Asbestos related advice or stories.